Herring Counts Low In Almost All Locations This Year 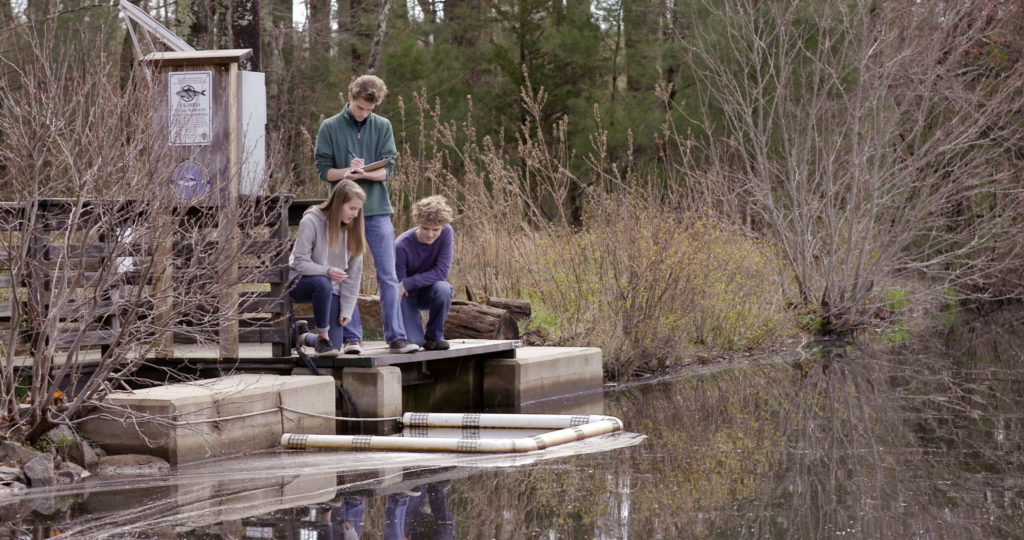 This year with count procedures starting to return to normal after the pandemic precautions of 2020, the NSRWA recruited 115 citizen scientist volunteers to monitor river herring migrating into First Herring Brook in Scituate, Third Herring Brook in Norwell and Hanover, Herring Brook in Pembroke, Bound Brook in Scituate, and the South River in Marshfield. From April 1st to May 31st volunteers spent about 83 hours in 10-minute intervals counting only 224 fish passing our counting locations. This is compared to over 4,350 in 2020 and 11,230 in 2019. At this point we are not sure why there has been such a crash – theories include a loss of juvenile fish back in 2016 due to regional drought (fish that would now be returning to spawn) or offshore fishing impacts. We hope to know more once we discuss further with our other herring counting colleagues around the state.

Counts at First Herring Brook in Scituate have been hanging in the low numbers since flow was restored to the Old Oaken Bucket fish ladder in 2012. This year’s count was 21 fish, comparable to a count of 18 in 2019. Part of that success was due to working with the Town of Scituate to try to ensure that the boards were out of the fish ladder if fish were present, although the comments on the data suggest that there were times fish were present and unable to pass. NSRWA is working closely with the Town of Scituate to continue to provide flows for herring and instream habitat and is working on expanding potential habitat by improving access to the Reservoir.

Herring counts were conducted at two sites in the Third Herring Brook this year, the fourth year of counting after the removal of the Tack Factory Dam. Volunteers counted at both the River Street and Broadway culvert, as well as at the Tack Factory Dam removal site. After last year’s count of 345 herring, none were seen at Tack Factory and low double digits were seen at Broadway. However, a herring was seen by Eric Hutchins from NOAA upstream of the Peterson Pond Dam removal site while he was on a site visit! Peterson Pond Dam was removed in November 2020, and we hope to see herring reaching Jacob’s Pond, the future site of a fish ladder and counting platform.

Herring Brook is home to our most robust herring population, and volunteers counted only 61 herring passing the ladder there, the lowest number since the ladder was broken and impassable in 2011. The data will be submitted to MassDMF to calculate a population estimate although with such a low count it will likely have a large margin of error. This run has been one of the largest in the state in past years, but the electronic counter at the site only recorded 38,025 this year, compared to 187,776 in 2020 and 476,609 in 2019.

Volunteers at the South River did not see many herring at the Veterans Memorial Park fish ladder this year – potentially 73 although some downstream fish may have been counted as passing the ladder. The fish ladder is very sensitive to changes in flow and can be hard to manage. This is the second year we installed a camera at the ladder to allow for additional remote counting – according to preliminary data the camera recorded 324 fish.  We are working with the Town of Marshfield and Mass. Division of Ecological Restoration to investigate removal of the dam, which would allow free passage of herring and eliminate the burden of flow management in the ladder.

Thank you to all of our volunteers – we hope you will join us in 2022 for what we hope will be a better year at all the runs!