Home / What We Care About / Our Story

The NSRWA was created in 1970 by a handful of South Shore river-lovers. They were bound together by a devotion to the watershed’s natural beauty and a desire to protect it for their own use, and for generations to come. NSRWA began as a group of 400 South Shore residents and has grown to over 1,900 household members. Today, we are a passionate band of individuals, families, businesses, and other environmental organizations from throughout the South Shore that value our waters for people and wildlife.

If you are a South Shore resident who enjoys the outdoors, you are part of our story…and you always will be.

“I originally got involved with NSRWA as a citizen scientist, trying to count fish in a river that didn’t have any—the First Herring Brook in Scituate. So, it was very emotional for me to come full circle as director in 2011, when we spotted a herring in that river.”

It all started with sparrows.

In 1969, a Scituate resident named Jean Foley was birdwatching around the North River salt marshes when she noticed that two types of sparrows she often spotted there were missing. Where did they go? Jean wondered if the new Driftway condo development built along the marsh had anything to do with it. Concerned, Jean contacted the Scituate town hall. When officials failed to investigate, Jean took action. She had a hunch that the disappearance of the birds was a sign of broader ecological problems. Jean sounded the alarm, and recruited other people she thought would care. They included water resource specialists, state environmental agency employees, a wildlife biologist, an attorney, and local conservation commission members—all residents of watershed towns. The following spring, Jean and her husband Jack hosted the first organizational meeting of the group that would become the North and South Rivers Watershed Association (NSRWA). The rest, as they say, is history…

2010 Video Celebrating 40 Years of Saving the Rivers Together

50 Years of Protecting Our Waters 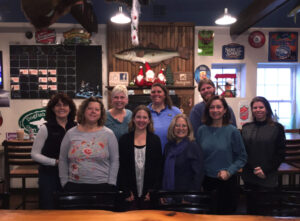