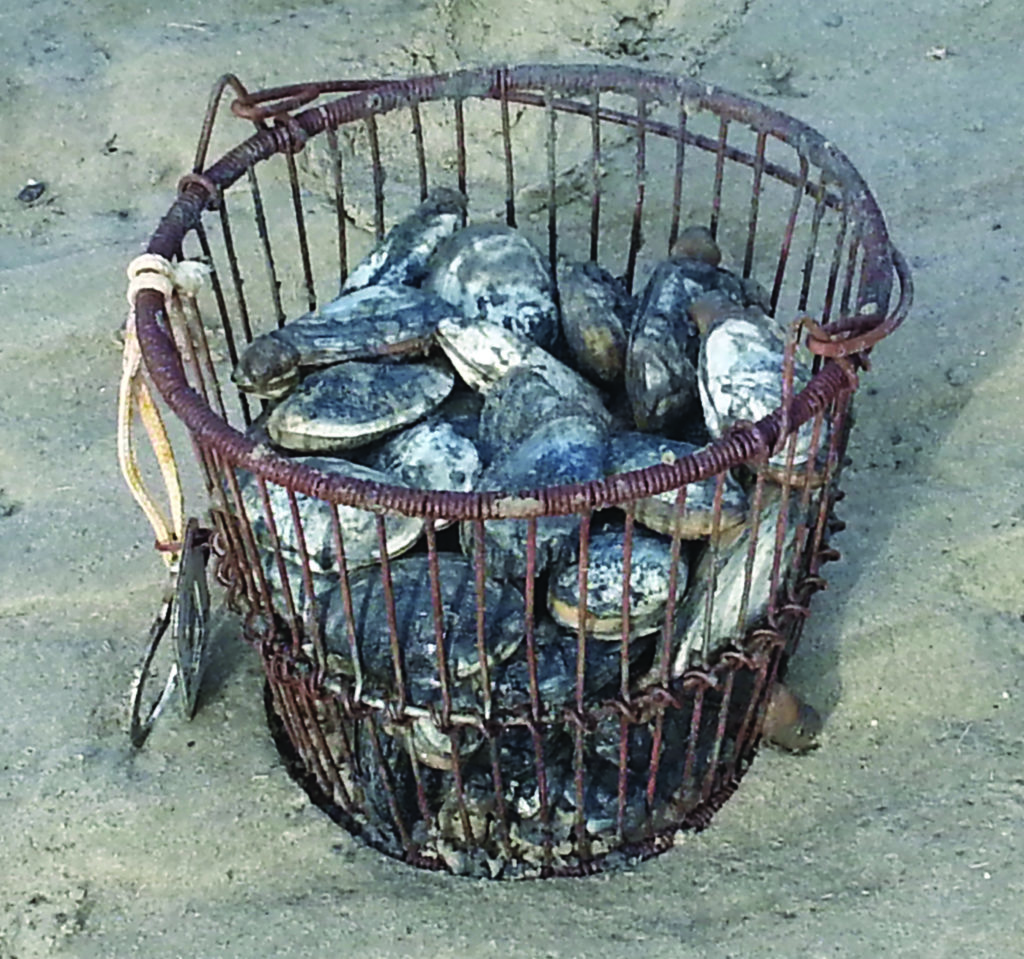 November 1st is typically the opening day for the 606 acres of shellfish beds in the North and South Rivers to be opened for recreational harvest, but this year for the second year in a row, the shellfish beds will not be opened.

Why? In October 2020, the Massachusetts Division of Marine Fisheries (Mass-DMF) closed the beds indefinitely, citing an FDA regulation for interstate commercial shellfishing that requires certain dilution rates around a sewer treatment plant outfall in the event they fail. Despite the NSRWA’s best efforts and large municipal expenditures, it is doubtful that the Herring and North Rivers could ever meet this commercial standard, effectively ending recreational shellfishing in those rivers (see timeline below for further info on the history of the advocacy for opening these beds). The South River shellfish beds may be able to be re-opened pending the results of ongoing studies.

In August of 2021, Commissioner Ronald Amidon of the Department of Fish and Game, and MassDMF staff met with local recreational shellfishers, along with State Senator Patrick O’Connor, Representative Patrick Kearney, and NSRWA board and staff. Attendees pressed the Commissioner to consider regulating shellfishing in a manner similar to recreational fishing or hunting, and he agreed to have his legal staff review the matter.

On November 1st the NSRWA held a shellfish sit in to raise awareness of the issue and put pressure on regulators to consider separating commercial and recreational shellfishing regulations.

How Can You Help? We need your help to keep the pressure on to make sure that regulators understand how important this aspect of our coastal heritage is and that the harvest of local, traditional food from our waterways is not denied to the public.

What’s at stake?  The ability for the public to harvest shellfish in the North and South Rivers. To teach your children and grandchildren this time-honored tradition. To connect people to the health of their rivers and waterways by ensuring that our waters are clean enough to eat from. 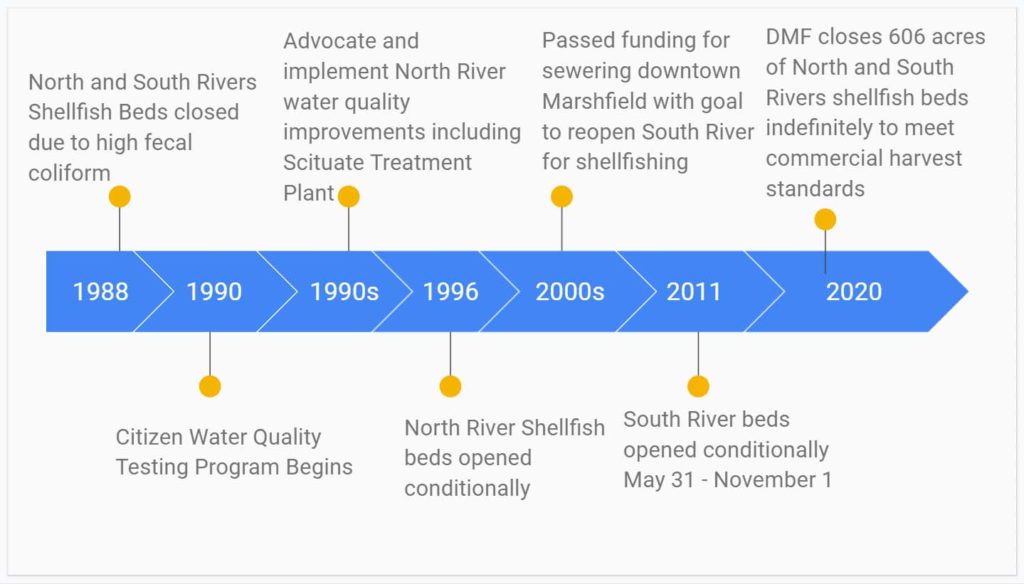 Digging Into the Details Improving water quality in the North and South Rivers estuary with the specific goal to keep the shellfish beds available for the public to harvest has been a decades-long goal and has led to large public investments in improving wastewater and stormwater infrastructure.  The result of these public investments led to the re-opening of shellfish beds for recreational harvesting of “steamers” in the North River in 1996 and the South River in 2011.

In August 2020, the Department of Marine Fisheries (DMF) circulated a memo indicating that Federal authorities (US FDA) were “critical of aspects of DMF’s shellfish growing area classification program.” (See Memorandum from DMF re Fed Pressure). Two months later, on October 28, 2020, the DMF notified, the towns) sharing the North and South Rivers estuary (Scituate and Marshfield) that the recreational harvest season beginning November 1st would be CLOSED (See Closure Notice to Scituate & Marshfield Oct 2020).

At a Scituate Shellfish Advisory Committee public meeting in June 2021, staff members from DMF faced a large crowd at the Scituate Public Library. Staffers stated repeatedly that their hands were tied by FDA requirements; this until an email from the FDA was presented indicating that they had no interest in regulating recreational shellfish beds. DMF staffers retreated from the FDA narrative, pivoting to effluent testing and conducting a flushing study of the rivers. Local Representative Patrick Kearney (Scituate/Marshfield) and Senator Patrick O’Connor subsequently secured funding for a flushing study through UMass Dartmouth. Initial effluent testing showed good results, we understand the flushing study is about to commence.

The placement of the Scituate Wastewater Treatment Plant (SWWTP) outfall to the Herring River is central to the closure. The new regulations assume worst-case conditions– both that the treatment plant has completely failed and that contamination was discharged into a low low tide volume.  There are two dilution rates that have to be met – 1000 to 1 for viral contamination and 400 to 1 around any wastewater treatment plant outfall that is seemingly non-negotiable and not based on any particular pollutant.  The flushing study and effluent testing should enable the South River to be reopened but it is unlikely the North River could meet the 400 to 1 dilution rate and thus the North River may be permanently closed.

There are many mitigating factors particular to our rivers.  The complete flushing of the North and South Rivers estuary has been estimated to occur approximately every 9 hours according to the Woods Hole Group (See Flushing Time Estimate NSR p 43 in pdf and page #38). That’s a lot of water moving in and out and we believe the new studies will support these estimates. The Scituate Wastewater Treatment Plant treats the effluent to the highest standards and had a major upgrade in the early 2000’s, including the use of UV which kills viruses and bacteria, adding a million-gallon excess (overflow) capacity and redundant systems. Their lab tests are released publicly (and provided to the NSRWA).  Any failure in the treatment process resulting in effluent release will require public notification within 2 hours, a legislative victory for NSRWA. Given all the risk mitigation we feel these regulations are overly risk-averse and that recreational shellfishing should not be held to these commercial standards in our rivers.

Now a year has passed since the Closure Notice. The beds remain CLOSED.

A 1636 proclamation by the Massachusetts Bay legislative body protected the right of residents to harvest food from public resources such as tidal flats and other public lands.  The new regulations prohibit Massachusetts residents from exercising that right.

Please join us in bringing attention to this issue by: