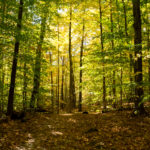 Why I’m Running a Marathon for NSRWA By Adam Duffy, Marshfield “I decided to turn my upcoming marathon run on October 31st into a fundraiser for the NSRWA because you all have helped my family and I so much during this pandemic. Due to the pandemic, I made the decision to take a temporary break […] 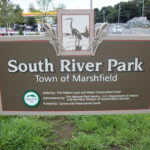 Into the 21st Century The following is the 7th installment of a twelve-part series on the history of the organization. By Jim Glinski, Scituate As the NSRWA moves through the early decades of the 21st century and celebrates its 50th anniversary in 2020, it is a different organization than the one founded in 1970. From […]

It was an interesting year to run the Great River Race! This year’s virtual format was designed to support social distancing and safety, while letting everyone enjoy the river and have fun. The racers could paddle for the entire month of August using details on favorable tides supplied by the NSRWA. This year there were […]

NATURE by Kezia Bacon, Correspondent This month NSRWA features the town of Rockland in its 50 Places to Explore Contest. Rockland might not immediately come to mind when you’re searching for a place to walk in nature. But if you visit the properties listed below, you may be pleasantly surprised at what they have to […]