Read the NSRWA March 15, 2021 comment letter to the Pembroke Zoning Board of Appeals here.

After a 3-year lull, the battle to stop the construction of a 56-unit housing development on the North River is in action again.

In 2017, NSRWA joined with citizens, local legislators, and the Town of Pembroke to oppose a large-scale construction project at 274 Water Street, Pembroke. River Marsh, LLC proposed to build 14 multi-unit townhomes, containing 56 condominiums with 157 bedrooms on 48.9 acres, more than half of which is wetlands and partially within the Scenic North River Corridor. Because the project would include 14 affordable housing units, and because the Town of Pembroke has not yet met its state-mandated 10% affordable housing threshold, the town is required to hear the proposal. Under Chapter 40b, the state’s affordable housing law, developers are allowed to build much more densely, bypassing some local planning and zoning regulations if they set aside affordable units. NSRWA and its constituents sent two letters to  Mass Housing, citing numerous concerns, which NSRWA Executive Director Samantha Woods summarized as follows: “This environmentally sensitive site should simply not be considered for such intense development.”

Click here for more on the history of the project. 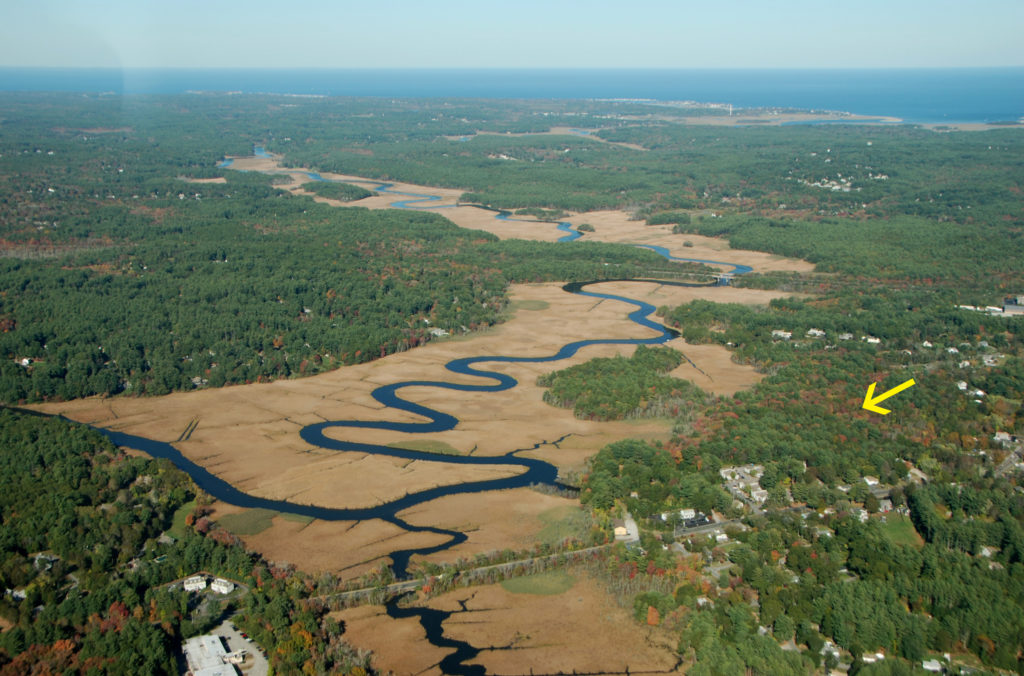 We hoped that by rallying with our legislators, town government and the public, and coming out strongly against the project, that Mass Housing would agree that this site is not appropriate for such intense development. But despite tremendous opposition from the public and from local legislators, the state Housing Appeals Board ruled that Pembroke must hear the developer’s proposal. River Marsh, LLC presented its application for the project at a public hearing on January 12th, which NSRWA attended.

The town’s Zoning Board of Appeals has begun to review the project proposal. The next hearing is scheduled for March 9th. The NSRWA is reviewing the proposal and will be sending a comment letter outlining substantive environmental concerns related the location and footprint of this development, as well its placement on top of unique and sensitive wetland resource areas and formerly identified endangered species habitat. The letter will include recommendations for mitigating the negative environmental impacts to the river, should the project go forward, including considerations for stormwater management, wetland damage and vernal pool protection. This is likely to be a long and protracted battle with lawyers, scientists and engineers representing the ZBA, neighbors, and the proponent interests reviewing the project.

WHAT YOU CAN DO

The North River is a unique national, state and regional natural, scenic, cultural and recreational resource enjoyed by thousands of citizens on the South Shore and is worthy of protection. This is truly a special place with unique character and sensitive resources, and is a highly treasured regional asset. The density of the development proposed threatens to undermine the scenic quality, wildlife habitat, water quality, and environmental health of this unique natural resource. The NSRWA will continue to speak out on behalf of these resources and the public’s enjoyment of them.

Your voice can join ours. To  find out more about the project, track and register to attend the public hearing visit https://www.pembroke-ma.gov/RiverMarsh.  Public comments can be directed to the Pembroke Zoning Board of Appeals.

Make a Gift to the NSRWA to Protect Local Waters