This spring we conducted our usual volunteer herring counts at the Veterans Memorial Park on the South River and supplemented those with the installation of a camera in the ladder that we hoped would add to our dataset, especially to identify fish that might be migrating early or late in the day or at night, outside the 7am-7pm counting window. Our volunteers did not see many herring at the South River this year, only 13, down from the counts of the past three years (2017-2019) but still more than 2014-2016. The fish ladder is very sensitive to changes in flow and can be hard to manage. 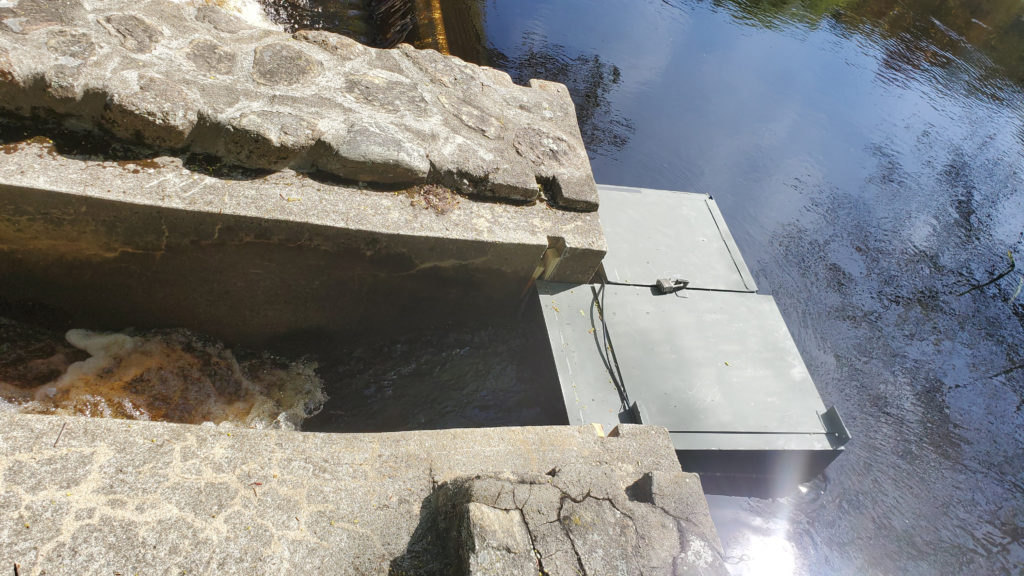 The camera is able to capture footage 24 hours a day, and is turned on when there is motion detected in the image stream. Ideally, this would mean that footage would be captured primarily when a fish is passing, but we discovered that the capture trigger was very sensitive to dappled light and, to a lesser extent, to debris in the water. That meant that we ended up with over 12,000 small video files for volunteers to watch! We decided that might be unmanageable, especially since so few fish were seen by volunteers. However, we still need your help!

We want to compare data from our volunteers to the footage captured that same day, so we have set up our video counting interface to focus on a day when fish should have been seen. We are asking you to watch the short videos (as many as you can or want) and let us know if you see fish. You can also comment about the quality of the video.

We are hoping to improve the quality of the footage for next year by continuing to adjust the triggers and also working with MassDMF, who constructed the camera box, to install a sunshade that should reduce the sun dapple problem. Great thanks to MassDMF for the construction of the camera, Situate Chair for allowing us to keep our electronics inside their building, and to the volunteers that collected the count data that we will use as a comparison for camera data.