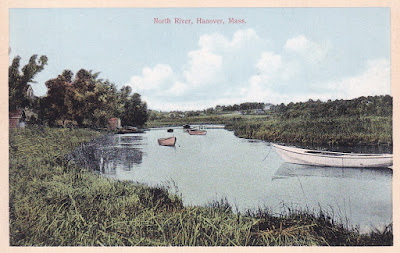 A young woman kneels by the riverbank, brush in hand, putting the finishing touches on a small wooden boat. She has been working on this project for years, spending time each day in her shop at the river’s edge, slowly assembling a vessel that will be exclusively her own.

The boat is nearly complete.

It has always been a part of her life. When she was a child, before the idea of building a boat had taken shape in her mind, she was making observations and gathering information that she would use for this endeavor. Nearly everything that has happened to her, nearly every experience, has played a role, however small, in the making of this boat.

It was ten, maybe fifteen, years ago that the idea of building a boat first crossed the young woman’s mind. Initially, she didn’t take it seriously, but the thought kept coming back to her — recurring with increasing urgency until she could no longer ignore it.

In the beginning, knowing very little about boats, she devoted her time to studying them — their history, their design, the art and science of boatbuilding. She traveled the world observing different types of vessels — the gondolas of Venice, the fishing boats of Mexico, the great battleships of the American military. As she traveled, she encountered other boatbuilders, often stopping a while to apprentice with them and learn their craft. Some of these teachings she found valuable; others did not serve her well. She had to learn to differentiate between good and bad advice, to experiment with her own ideas, and to develop her own set of standards.

Having gained enough knowledge and experience to get started, she returned home and put her skills to work. First she drew up a design. It took years for her even to decide what kind of boat she wanted. She had to determine where the boat might take her, and in how much time, and what she might bring with her, and how the boat might serve not just her but the other people in her life . . . and the world itself.

Once the design was complete, it was time to collect materials. Again, the young woman set off, revisiting some of the people and places she had encountered before, as well as exploring lands unfamiliar to her. Again, she studied the work of those who had come before her, examining the materials they used for their own boats, and deciding what would work well for her own. Once she had chosen the wood, sails, ropes and fittings that would serve her best, she returned home.

Now she needed a place to build her boat. Being near the water was of primary importance, so when she discovered the tidal river — not far from the ocean, not far from her home — she knew she had found the right spot, and established a workshop for herself at the river’s edge.

Since then she has been working — still traveling from time to time, still studying the techniques of others, but building her own boat now, crafting a vessel that each day becomes more and more unique, more and more her own.

The process of building the boat has been long and often difficult. Indeed sometimes she has grown distracted from the work, or frustrated with it. She has even set the project aside a time or two, giving herself a chance to pursue other interests. But she always returns to it.

She has been working on the boat for so long now that she can no longer see her work objectively. She thinks the boat is good enough, but knows that it is far from perfect. She is certain that she could make it better — there will always be adjustments and refinements to make — but she questions the value of such obsessive fine tuning.

Time spent working at the river’s edge has taught the young woman a great deal about the ways of water. She has studied the river, walked along its shore nearly every day, observing its ebb and flow. She has learned to see the effects of wind and weather on the river, the effects of climate and pollution, the effects of human beings and other animals.

The young woman has developed a relationship with the river. It speaks to her . . . asks her questions. Lately she has been wondering whether it is time to take her boat out on the water.

“How will you know that you are ready?” the river asks.

“Will I ever really know?” she answers. “I can spend my whole life wondering.”

“Aren’t you afraid of what you might encounter out there?” the river asks.

“I can worry about it,” she replies. “I can plot and plan and make all sorts of predictions, but I won’t know for sure until I try it,” she says.

“What if the boat sinks and you find out that your work has failed?” the river asks.

“All the work I have done, all that I have learned along the way, has served me not just in the making of my boat, but in the shaping of my life and experience,” the young woman replies. “In building this boat I have learned volumes about myself and my world.”

“Do you trust yourself?” the river asks.

The young woman falls silent. It’s a question she’s not sure she is ready to answer.

“I don’t know,” she sighs. “Sometimes I trust myself, sometimes I don’t. I wonder if all the work I have done will suffice.”

“Am I ready to set sail?” she asks. “I think I am, and yet I wonder if I have just tricked myself into believing that I am ready because I want to be ready.”

“Can I trust myself?” she asks.

The river does not answer.

But the young woman knows . . . despite shadows of doubt and insecurity, she knows in her heart that she has prepared herself well. She feels challenged, but she is not overcome by fear.
Her supplies are in order. She has all the right maps and all the right gear. She has considered the storms she might encounter along the way, and feels strongly that she now has the skills to deal with them. Her boat is ready. She has spent years making it so.

It is time to put the boat on the water. She knows not how long her journey will be or even where it will take her. She can only see as far as the next bend, and even that view is not totally clear. But she is ready.

She brings the boat to the river’s edge; climbs aboard. The river yields a bit to the weight of her body, but then buoys her up, supporting her. She checks the wind, and sets off. The journey has begun.

We can spend our lives testing the waters, wondering whether or not we are ready to set sail. We can use the finest tools, develop the most advanced skills, carry the most reliable equipment . . . But not until we are able to trust ourselves, not until we are willing to bring our boats to the water, release the tethers, and set off toward the horizon does our journey truly begin.