The removal of the Peterson Pond Dam late this fall will open 1.3 miles of additional instream habitat and restore connectivity of the Third Herring Brook up to the dam at Jacob’s Pond, opening the brook for additional passage and habitat for river herring and eastern brook trout. Completing the Third Herring Brook restoration to its headwaters at Jacobs Pond with a small fish passage structure would result in 4 miles of stream opened (9.7 miles including tributaries) and access to 59 acres of spawning habitat.

For two decades, NSRWA has been trying to work with various Hanover Mall owners to assist in removing the dam on their property to no avail. As new owners of the Hanover, Massachusetts property, PREP was happy to become involved and partner to remove this last dam obstruction on Third Herring Brook.  PREP looks forward to concluding the dam removal in 2020. “PREP Property Group looks forward to seeing and sharing in the positive results for habitat and the restoration of this important local water resource,” said Lloyd Sova, Vice President Development, PREP.

PREP Property Group, who purchased the Hanover Mall in 2016, is an industry leader in transforming retail real estate assets. PREP is transforming the former Hanover Mall location into a brand-new, mixed-use, open-air retail/commercial project, including 297 high-end apartments.  The new development will be called Hanover Crossing. The new name, inclusive of the word “Crossing,” exemplifies PREP’s mission to cross over into a new, state of the art retail and mixed-use development and drive the property back into a successful and sustaining development. The new branding and logo for Hanover Crossing is based upon the North River (or Washington Street) bridge. The Third Herring Brook is a tributary off the North River. For PREP, everything lined up to become a partner to finally remove the Peterson Pond Dam as strong environmental stewards of the properties PREP owns. 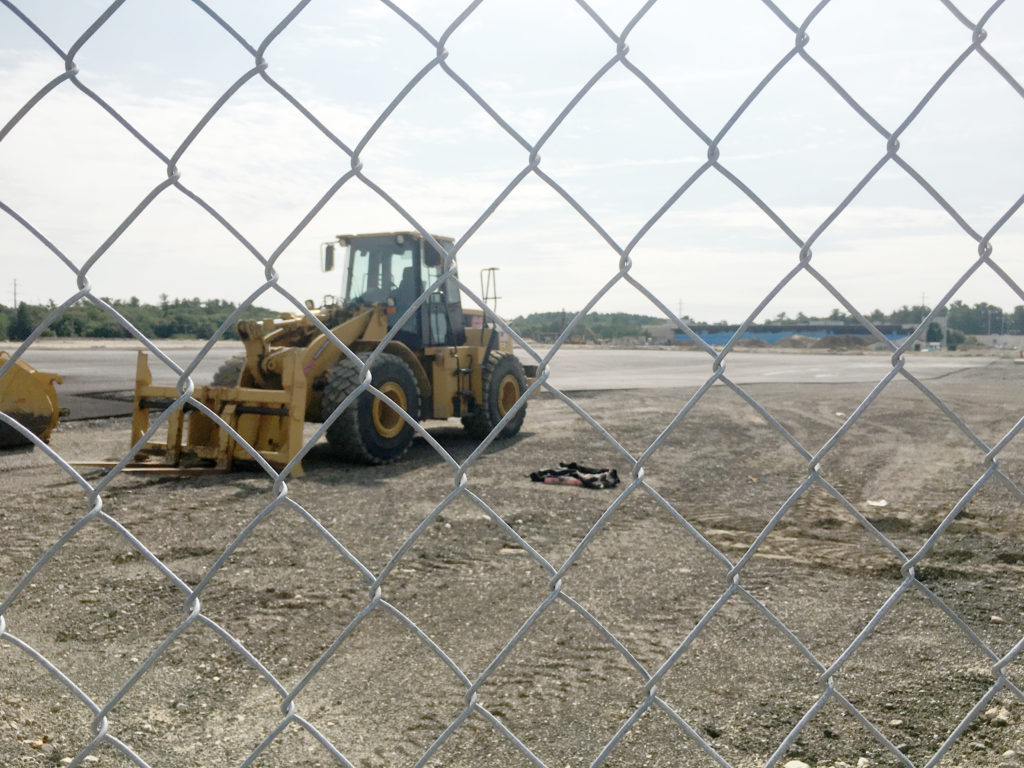 The Peterson Pond Dam removal has been funded by many federal, state, and local partners, with a majority of the funding coming from major project partners the National Oceanic and Atmospheric Administration (NOAA Restoration), and Mass. Division of Ecological Restoration as well as Hanover Crossing/PREP. 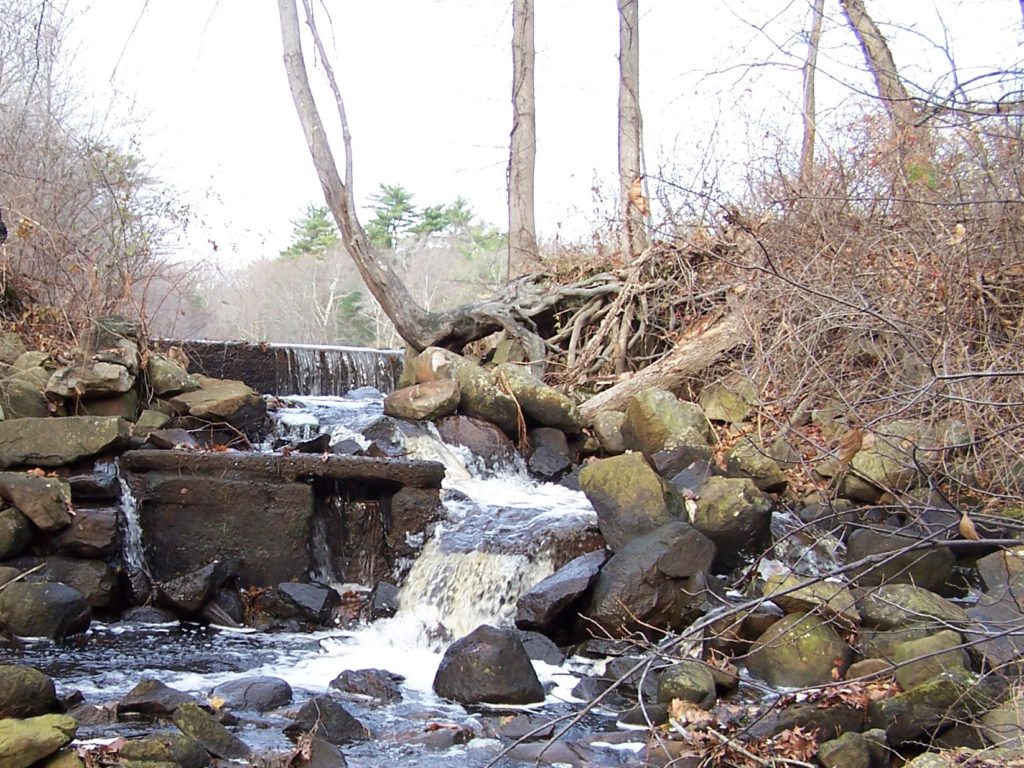 “Dams like the Peterson Pond Dam can impair river habitat, block the movement of species like river herring and eastern brook trout, and be a hazard and liability for the owner,” said Beth Lambert, Director of the Massachusetts Division of Ecological Restoration (DER). “DER is proud to work with the North and South Rivers Watershed Association and other partners to remove three dams on Third Herring Brook, which will restore critical habitat and increase resilience to climate change.”

“Reconnecting rivers and streams to the ocean for migrating fish is critical to strengthening our region’s commercial and recreational fisheries,” said John Catena, the NOAA Restoration Center’s Northeast and Great Lakes Regional Supervisor. “The North and South Rivers Watershed Association has worked for over 15 years to improve fish passage in Third Herring Brook, and NOAA is pleased to be supporting their efforts through our Community-based Restoration Program.”

The total project cost for all phases of work has been $347,000, not including in-kind time by the project partners. Other funders and partners include the US Fish and Wildlife Service, Massachusetts Environmental Trust, the Sea Run Brook Trout Coalition and Trout Unlimited.

Although the dam removal itself will be completed this winter, restoration efforts at the project site and elsewhere on the Third Herring Brook will not be over. There is extensive monitoring that must occur over the next three years after the dam removal, including documentation of the vegetation that will emerge on the newly formed river banks and continuation of river herring counts on the Third Herring Brook, with herring now able to move upstream as far as Jacobs Pond at Route 123. The final step in the Third Herring Brook restoration will be to work with the Town of Norwell and project partners to provide fish passage into Jacob’s Pond and its 59-acres of spawning habitat. Stay tuned over the winter as we document the dam coming down!