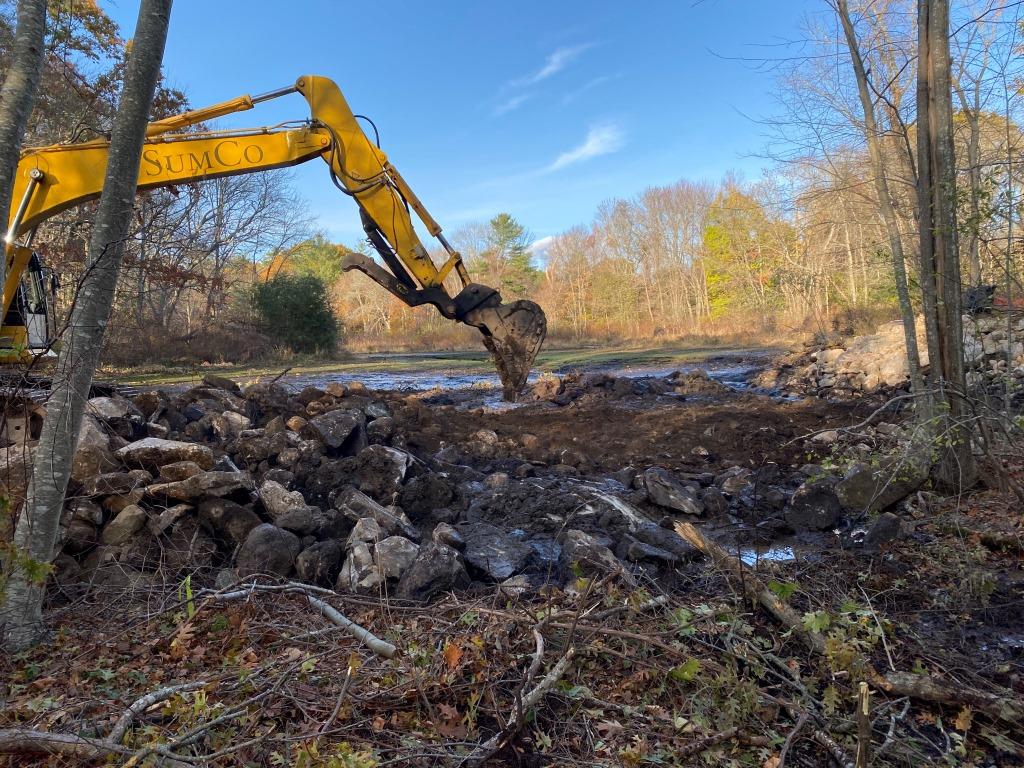 The Peterson Pond Dam removal behind the Hanover Mall was completed just under two weeks ago, a process that took under four weeks from start to finish. The actual physical removal of a dam often happens fast, but the process of getting there can be long, especially for a project like the Third Herring Brook Restoration. The NSRWA has been a pioneer in looking at dam removal as a means of river restoration and we have been thinking about Peterson Pond Dam and the restoration of the Third Herring Brook at large since 2001. The Third Herring Brook was a Massachusetts Riverways Pilot Project that was designated a Priority Project by Mass. Division of Ecological Restoration in 2012.

Between that initial work in 2001 and starting to focus on Peterson Pond Dam in 2017, we were able to complete two other dam removals on the system – Mill Pond Dam behind the YMCA in 2014 and the Tack Factory Dam on the Cardinal Cushing property in Winter 2016/2017, both of which also took time to get from those initial ideas to practical action. Working upstream, Peterson Pond was next. Fortunately, there was federal NOAA funding left over from the Tack Factory Dam removal and we were able to shift immediately into working on feasibility and initial design at Peterson Pond Dam by Fall 2017. Our ability to do this was greatly enhanced by the Hanover Mall having new owners, PREP, who were more enthusiastic about working on the project than previous owners. We also had a firm deadline – with the improvements of the mall about to happen and construction of housing in 2021 that would block access for restoration, it was crucial to act as soon as possible.

After the feasibility and design were completed in early 2018 we entered what is often the longest phase of a dam removal project – permitting and final design. Dam removals require multiple federal, state, and local permits that pertain to wetlands, sediment, water quality, and archaeology. During this time, we also worked to raise funds for the last phase – construction. All permits had been received by Spring 2020. As of Summer 2020, we had received funding from the US Fish and Wildlife Service and NOAA and were ready to start work in the fall as soon as it was allowed – projects like this can only occur during certain times of the year when fish aren’t migrating through the habitat, so we had to wait until November. Once work started it progressed very quickly, and after almost two decades of thinking about removing the dam, it was finally completed within the span of about a month. Many thanks are due to our project partners – NOAA Restoration Center, US Fish and Wildlife Service, Mass Division of Ecological Restoration, PREP and the Hanover Mall, Trout Unlimited, Sea Run Brook Trout Coalition, Mass. Division of Fish and Game, Mass Environmental Trust, Mass Bays National EstuaryPartnership Program, the Towns of Hanover and Norwell, and to the consultants who helped achieve these goals – Public Archeology Lab, GZA, and SumCo. 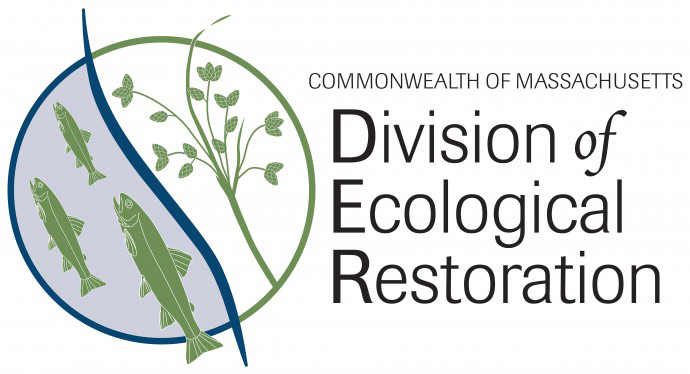