The end of summer is quickly approaching, but we still have a few weeks of RiverWatch left. Our last monitoring excursion was a little different due to some complications at the lab. The sites that are usually tested for enterococcus weren’t visited this week, so we only collected samples at sites that are tested for fecal coliform. Enterococcus represents the state’s swimming standard while fecal coliform is the state’s standard for shellfishing beds. Also, to clarify, our RiverWatch testing is done the week prior to our articles being published, so while our numbers are good indicators of the watershed’s health, we don’t know exactly what the water is like at this moment.

With that being said, let’s talk about the results. As of last week, only two of the 5 sites tested exceed the state’s limit for fecal coliform. The two sites that exceeded the state’s shellfishing limit were the Julian St. Bridge with 49cfu per 100ml and the North River mouth which had 190cfu per 100ml. Prior to 2007 the state’s swimming standard was measured in fecal coliform, and the threshold was 400cfu per 100ml. So the results collected are high in terms of shellfishing but, in the grand scheme of things these numbers aren’t excessively large.

The North River mouth results were surprising because, prior to this week the site hadn’t surpassed 1cfu per 100ml in enterococcus or fecal coliform. This result could be due to the excessive heat we’ve been experiencing. The heat accelerates the growth of bacteria in the water, so that could be the reason for the large amount of fecal coliform. We still want to encourage people to enjoy our watershed, whether that’s just going for a walk along the river or taking a boat ride. This weather won’t last forever so try to get out there and have some fun while you can. 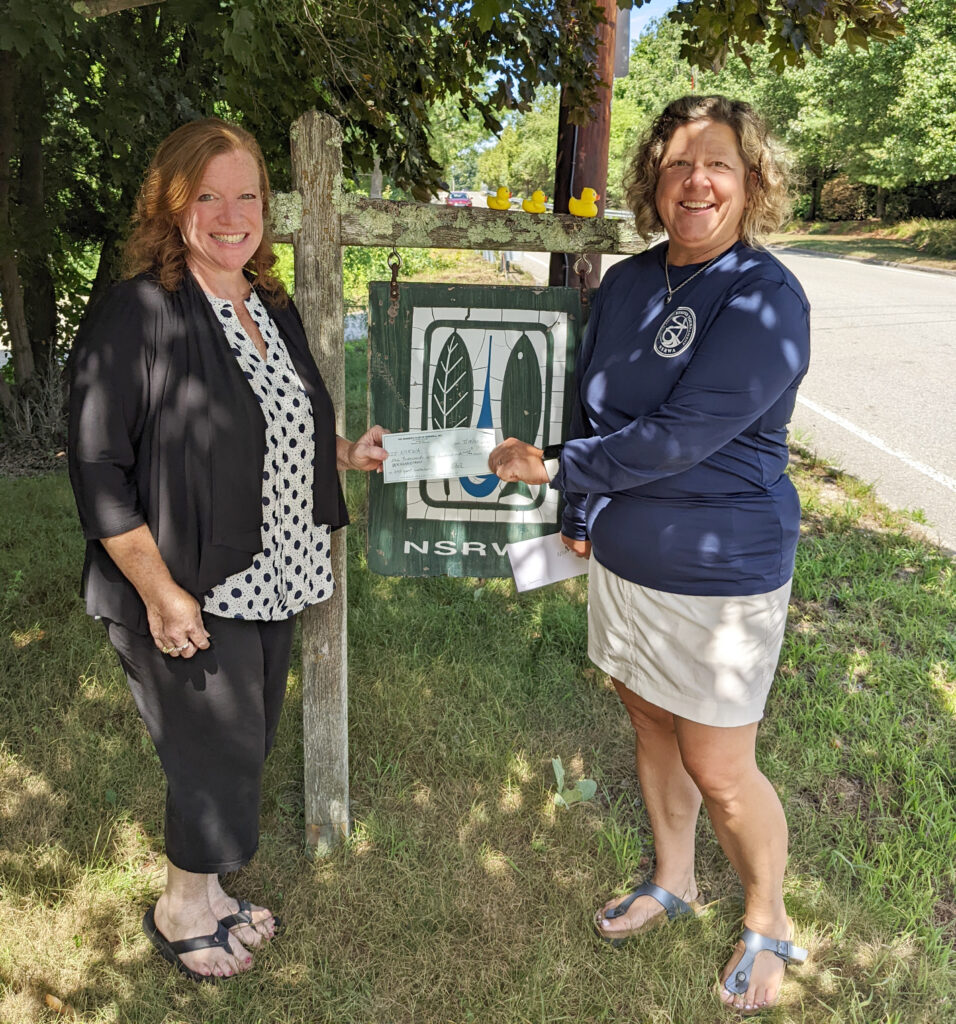 Thank You to the Norwell Women’s Club for Sponsoring Three Weeks of Water Quality Testing!

NSRWA Executive Director Samantha Woods accepts a $1,500 donation from Shannon Toland of the Norwell Women’s Club. The donation helps to support the RiverWatch Water Quality Monitoring program and will be used to help pay the costs of water sample analysis. Thank you Norwell Women’s Club! If you would like to sponsor a week of testing, contact Gabriela Silva at gabriela@nsrwa.org.