Home / Blogs / Slow Down and Enjoy the Rivers – New No Wake Buoys Installed! 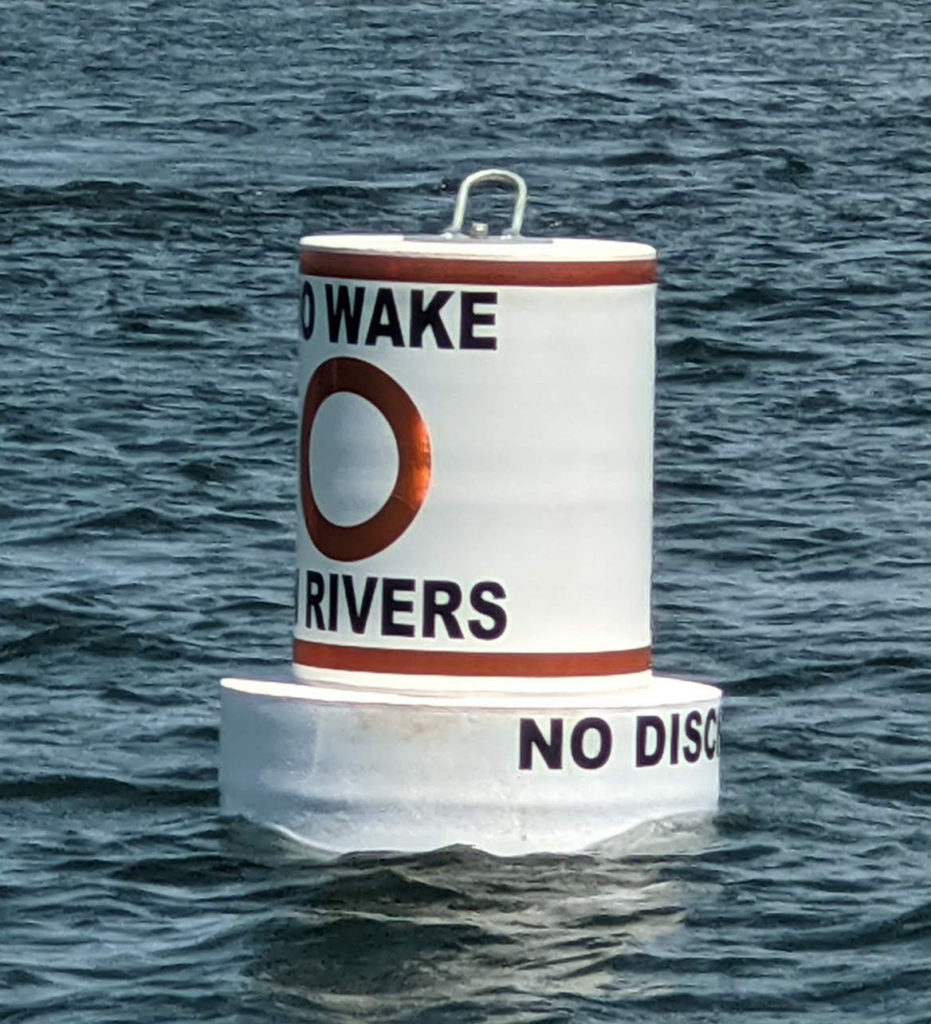 Over the last year, many people purchased boats as they sought out our local waterways to recreate during the pandemic. In fact, one would be hard-pressed even to find a boat to buy right now on the South Shore! The rise in new boaters has increased reports of speeding, posing a hazard for others in the water and concerns over salt marsh erosion.

Last summer we convened harbormasters in Norwell, Scituate and Marshfield and the North River Commission via zoom to discuss how we could help. The first thing the harbormasters noted was the need for more signs to educate boaters of the No Wake Zone along the rivers.  The NSRWA purchased two No Wake in Rivers buoys that have been placed in at the mouth of the rivers and upstream on the North River this year to address this concern.  We also committed to continuing boater education.  You can help by making a donation to offset the costs of the buoys and the campaign. In fact, recently a generous donor paid for a third No Wake buoy to be placed at the mouth of the South River to ensure boating safety awareness throughout the rivers.

In addition to making sure that no one can say “they didn’t know about the No Wake Zone,” the harbormasters, with your help, will continue to work on enforcement. If you are on the water and see a speeder, please take a photo and try to get the MS registration numbers in the picture. Send the photo to any of the harbormaster emails with the date of the violation, approximate location and your contact info:

The harbormasters can identify the boaters through the MS# and call them. Often this is enough to keep the boater from violating the No Wake Zone in the future, but if a boater is found to be repeatedly speeding, tickets can be issued.

As the North River Commission funding winds its way through the statehouse, we are encouraged to hear from Senator O’Connor this he believes his amendment to fund the North River Commission for $50,000, which will support a patrol boat on the North River, will remain in the state budget through conference committee and that the Governor will sign it.  Thank you to all for your support and phone calls to encourage Governor Baker and the conference committee members to support this funding. We await its approval to fund a much needed patrol on the river that can aid our harbormasters in ensuring the safety of people and our sensitive marshes.