This submission is an excerpt from the introduction of a book Paul F. McCarthy is writing about uncovering the past in the North River valley, a journey of discovery.

Living and working in the North River Valley for fifty years, I have never lost my curiosity about the first settlers from England and their descendants during the period of the mid-17th century through to the beginning of the 20th century.  A variety of fragments still remain as guideposts marking their ingenuity, toil, and craft. These artifacts bear witness to their tenacity to survive and succeed. The basic aspects of their early lives is well chronicled, and yet each year a bit more is discovered, uncovered, and deciphered. Our ancient river valley cradles many more secrets and surprises still to be found and interpreted.

Today, the early morning stillness of the valley is probably not all that much different than it was 400 years ago. The prevailing northwest wind still carries the call of wild geese as well as the prospect of the day’s weather as it once did.  During duck season, early morning shotgun reports echo across the marshy plain of the valley not far from the river’s present mouth. The sun rising up over the bay cues the early song birds to start their morning symphony as another work day commences. 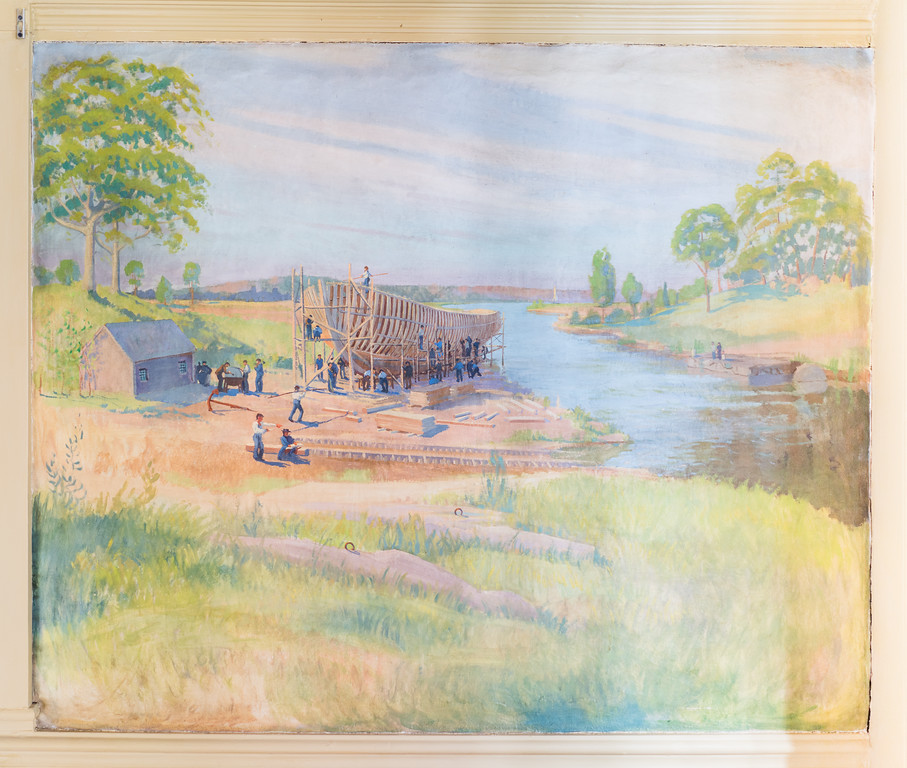 While gazing out over the river from my deck, I imagine hearing the barked orders and responses of shipbuilders walking along the marsh banks, pulling on lines to control the tedious and, in some cases, weeklong transit of a mastless wooden vessel… a floating ark, the sum of whose parts were artfully sculpted by hands wielding whip saw, broad axe, and adze and assembled at an unpretentious shipyard upstream. I see a diminutive workboat towing this towering craft from a line attached to its bow. The workboat crew heave on their oars coaxing their massive tow closer to the bay. The weak outflowing stream helps but little, and the men are well aware that at a certain point of the haul, where  the river veers from eastward to south, shoal water will prompt them to pay out a line and secure, drop, and set a kedge anchor. On board the listless hulk the line has now been fastened to a levered windlass. The crew on board strains on the handspikes to wind the device and spool the line tediously maneuvering the vessel over the shallows. In some instances, arrangements are made in advance to step the new masts and install the rigging at one of the three lower shipyards at White’s Ferry. After its final fitting, a workboat crew will again take up its labor to move the 300-ton vessel over the last two miles to the river’s outlet in Rexhame. 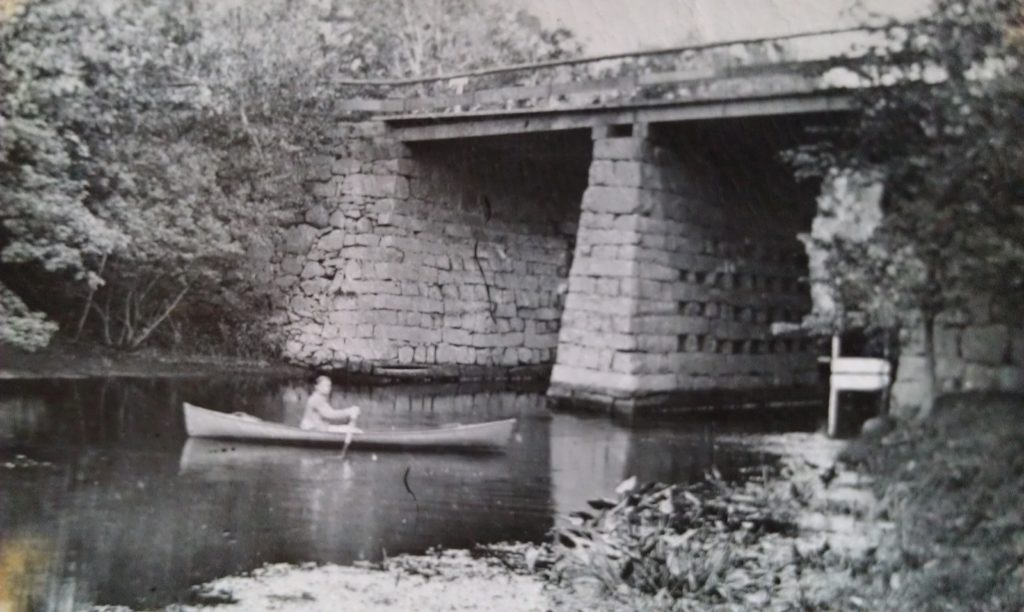 At this point, when the tide is at its lowest ebb, this crew may opt to lash scows to the sides of the hull amid ship to stern.  The scows will act as pontoons lifting the heaviest segment of the vessel with the rising tide.  The most onerous part of this passage to the bay is now the ever shifting nature of the river’s mouth. Two long stout white oak planks are deeply buried in the sandy dunes at right angles on both sides of the egress stream. Long heavy chains are secured to each of the planks mid sections. Tackle blocks are then connected to the chains and the lines delivered to the ship. The crew on board then fixes the two lines to the windless and the ponderous ship is slowly dragged by man-powered machine inching over the shoals until delivered into the bay. Commencing circa 1640, well over a thousand wooden vessels were launched from twenty or so shipyards along the North River and all repeated this same arduous nativity to Massachusetts Bay. It is no surprise that about twenty percent of the cost of building a vessel on the North River was dedicated to its just getting underway.

The west wind shifts slightly, and I now conjure the smells of an oak-chip fire heating an iron cauldron of pine tar. This steaming mass of charcoal-gray goo is used to seal the caulked seams of white oak hull planks and hard yellow pine decking of yet another vessel resting in the stocks of a neighboring shipyard. I detect a staccato knocking of caulking irons being struck by mallets driving pungent oakum yarn into the seams of hull planks before the hot pine tar is applied for a watertight seal. All of these scents and sounds signal progress, prosperity, and working class survival in this remarkable enterprise that flourished in the North River Valley for over 232 years.

As the crow flies, the twelve-mile meandering path of the North River  changed but once when in 1898 a great northeast gale swept away the barrier beach connecting Scituate’s 3rd and 4th cliffs.  This storm gouged a new outlet into the bay three miles north of the river’s original mouth. This once sluggish stream now had a markedly stronger tidal ebb and flow resulting from its new passageway into the bay. Sadly, this dramatic change came too late to benefit the local shipwrights because North River shipbuilding had long since been abandoned by its world-renowned craftsmen, most of whom had left the valley to ply their trade at shipyards in Medford, Boston, Amesbury, Newburyport, Salem, and much further downeast in Maine.  In all of these locales the water was deep enough to launch large ships and had abundant access to milled timber supplying the growing demand for bigger and more profitable cargo carrying vessels.  The migration of the valley’s shipwrights provided these northern yards with inestimable value, for these craftsmen carried with them an earned reputation for building desirable, first-rate vessels, and it was known to all engaged in maritime commerce that a North River built vessel was preferred over all others.

But what do we know of these gritty souls from England who built a life in a wilderness far from all that was safe, familiar, and civilized? More than a few of these men and women, all from the lower classes of English society, had entered into a loan agreement called an indenture to pay for their transport expenses.  As indentured servants and laborers they received no compensation other than food and shelter as they worked off the loan debt over a set time. Young boys and men were indentured by parents and guardians as apprentices to master craftsmen from whom they hoped to learn a skilled trade. These masters who were recruited by merchant adventurers in England, an early for-profit corporation of invested shareholders, included sawyers,  carpenters and joiners, iron forgers and smeltermen, fishermen, hunters, herdsmen, shipwrights, millers, farmers, weavers, wheelwrights, coopers, fullers, tool makers, blacksmiths, millwrights, and mechanics, to name but a few. Besides the meager possessions they brought over with them, they made most of what they used (i.e., farming implements, furniture, water craft, metal and wood tools and fasteners, clothing, and footwear) with their own hands or those of their neighbors. These resourceful immigrant settlers were exemplars of the old proverb that “necessity is indeed the mother of invention.”