Once again, Untold Brewing is partnering with artist Becky O’Toole in a fundraising event which will offer a special IPA beer and the chance to own some original art.

The “With Purpose” fundraiser takes place from Thursday, April 8 through Sunday, April 11 and the brewery is open from 12:00 noon to 7 p.m. A portion of the proceeds benefit the North and South Rivers Watershed Association and Dana-Farber Cancer Institute South Shore.

The beer, a hazy IPA called ‘With Purpose’, will be sold in a 4-pack using four distinct labels featuring O’Toole’s artwork.

In 2019, Untold and O’Toole held the first “With Purpose” fundraiser which raised nearly $10,000 for four local non-profits.

Starting on Thursday, April 8, the beer is available for purchase at the brewery, and they will also be selling some commemorative glassware. 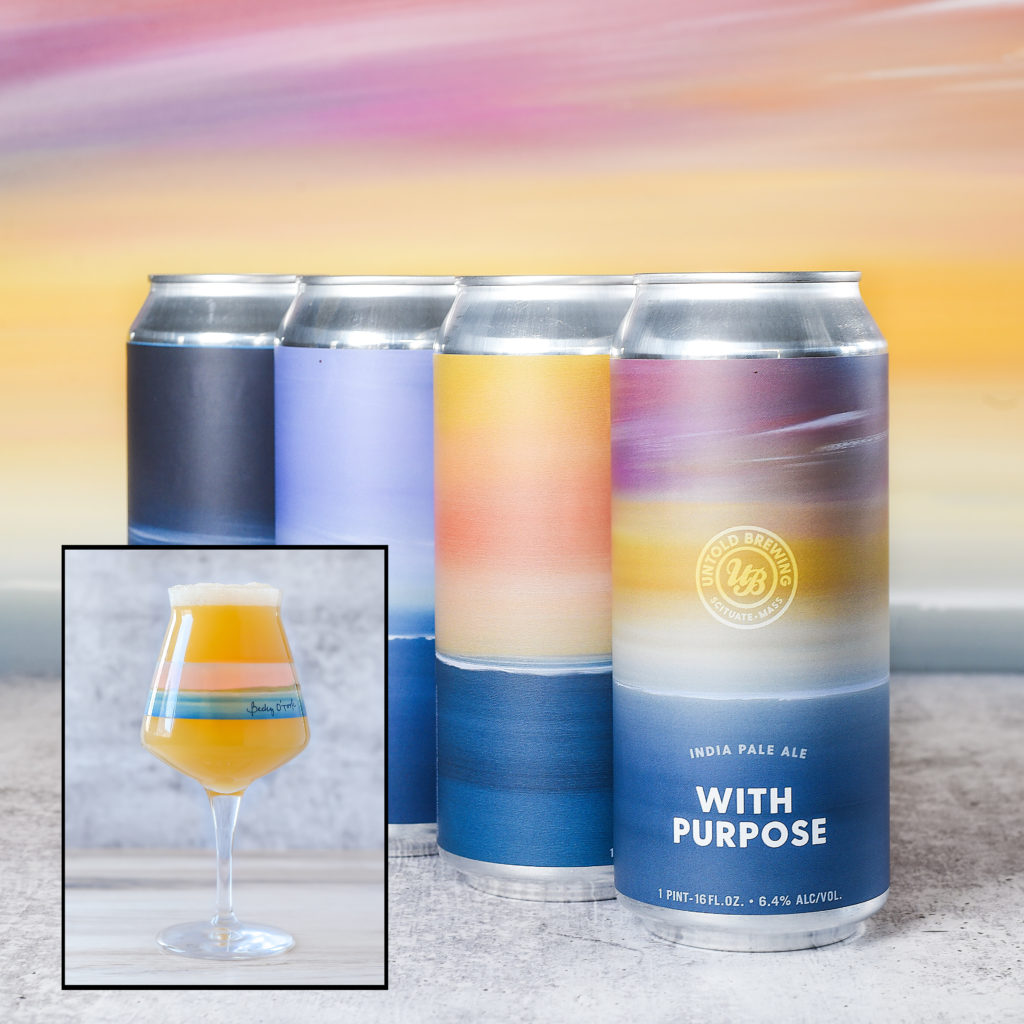 An online auction via Untold Brewing on Instagram (@untoldbrewing) for four of O’Toole’s large showcase paintings will take place from 7 p.m. on Friday, April 9 to 7 p.m. on Saturday, April 10.

A variety of O’Toole’s paintings will also be available for sale at the brewery. The paintings range in size and cost.

Some things have been changed this year in light of the pandemic. The auction will be virtual instead of live, and all beer will be packaged instead of draft beer at the taproom.

All proceeds from the painting sales, as well as $4 from every 4-pack sale, will be donated to the NSRWA and Dana-Farber South Shore.