Home / Blogs / What You Might See on Our River Cruise

Do you know about NSRWA’s River Cruise? It’s a wonderful, seasonal experience: a 2-hour tour of the scenic North River aboard our comfortably-appointed pontoon boat. Our captain takes groups of up to six passengers up and down the river, pointing out numerous landmarks along the way. It’s a unique way to get to know the beauty of the river and its surroundings — something you don’t want to miss! We offer tours at various times of day, so whether you prefer bright sunshine or a vibrant sunset, there’s a tour to fit your schedule. Along the way, you’ll learn about the North River, its history, its ecology, and much more. And if you enjoy photography, you’ll have opportunities for plenty of great shots!

Also, be sure to keep up with our 2022 Explore South Shore Challenge. Each week, we suggest a different outdoor activity. This month’s themes include: Go Fishing, Plan a Paddling Trip, Take a Yoga Class Outdoors, Campfire Time, and – this should sound familiar – Book a Pontoon Boat River Cruise! To help you meet these challenges, every day in June we’ll feature a relevant property on Instagram and Facebook. Post photos from your adventures to Instagram with the hashtag #ExploreSouthShore. Each month we randomly select a winner from the posts to receive a prize package. 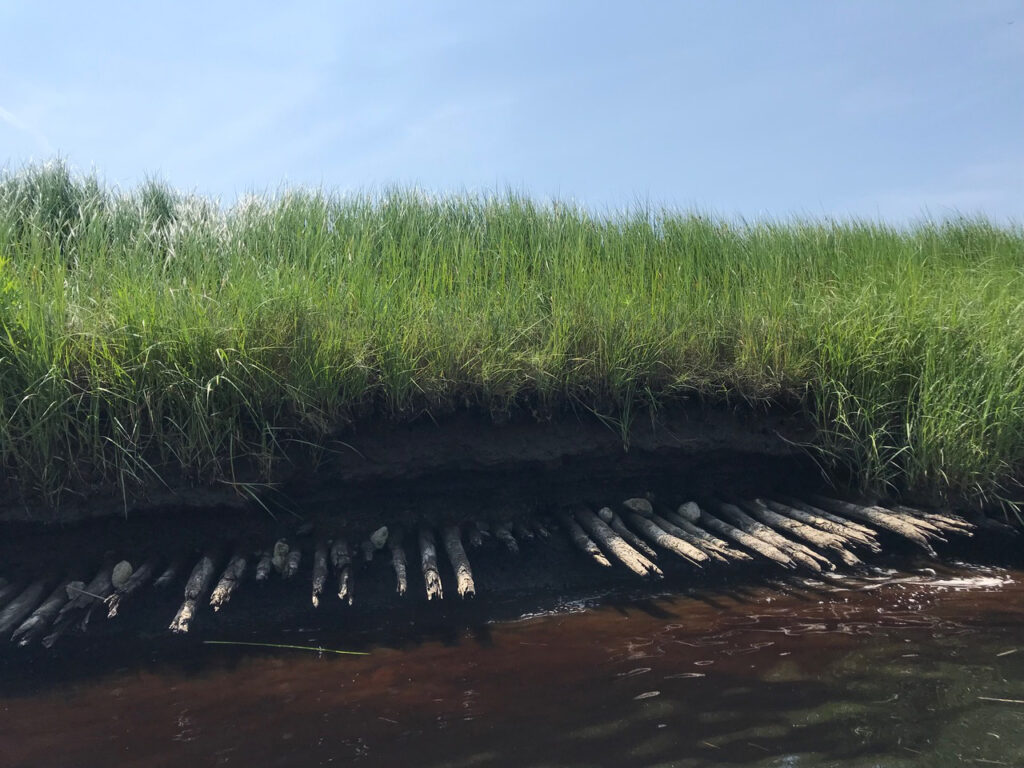 In a certain section of the North River in Norwell, a series of Atlantic white cedar logs protrude from the salt marsh. This is likely what remains of a late 17th- to early/mid 18th-century corduroy road! We are pretty sure this historical and archaeological artifact was a staging area for the salt haying industry. It’s only visible at low tide, but we’ll show you exactly where to find it!

Another hidden gem, the remains of a North River ferry boat are only visible from the northern bank of the river at dead low tide, on the Norwell side, just upstream of the Union Street Bridge. Beginning around 1644, Elisha Bisbee of Scituate operated a ferry at this site. Later, the Oakman family took over, and then John Tolman. The ferry remained in service until shortly after the first Union Street Bridge was constructed in 1801.

This gorgeous spot offers a spectacular view of the North River estuary. From 1871 to 1940, a bridge crossed the water here, part of the Duxbury and Cohasset Railroad, and later the Old Colony Railroad. The pier that now stands on site was constructed atop the remains of the railroad trestle. Look across the river to see the route trains once traveled through the salt marsh, from Scituate to Marshfield. The Marshfield Hills station was located at the inland end of today’s Damons Point Road, near the intersection with Summer Street. 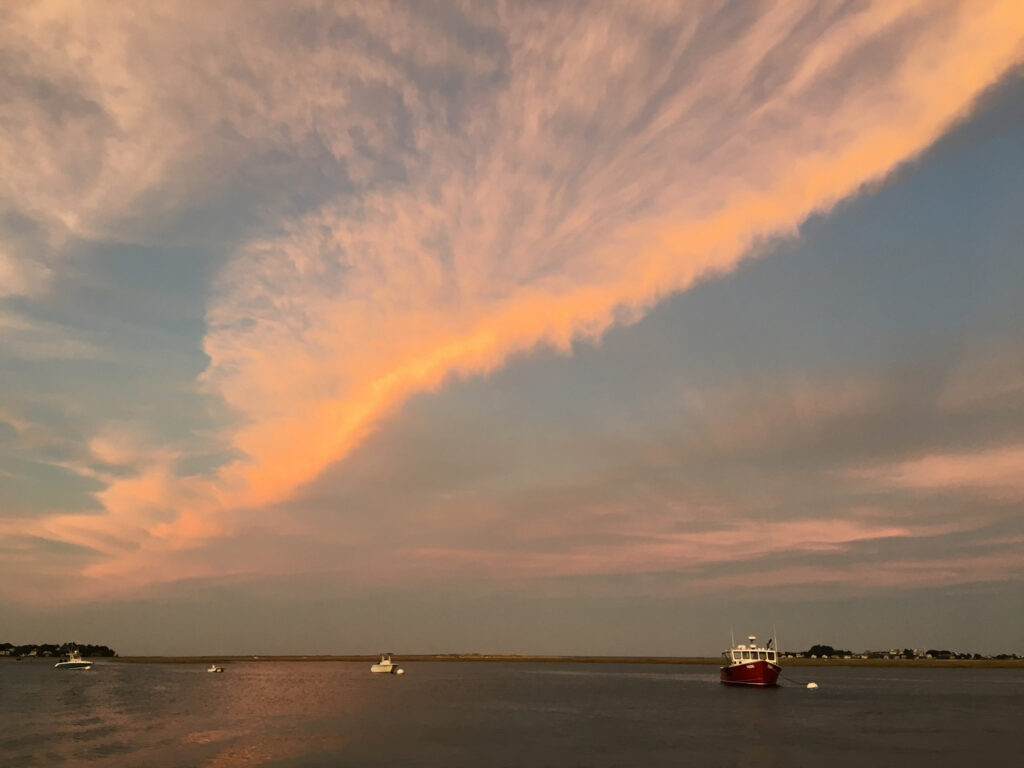 Located at the mouth of the North and South Rivers, this popular summertime beach, a sand spit, is only accessible by boat, or on foot via a trail/boardwalk from Third Cliff. It’s hard to imagine now, but prior to the 1898 Portland Gale, which created a new mouth for the North River at this spot, a narrow barrier beach and roadway connected Humarock to Scituate.

There were shipyards here from 1645 to 1842. Now private property, it can only be viewed from the water. A bronze plaque marks the site. Some of the shipbuilders who worked here included Thomas Nichols, Israel Hobart, and the Briggs family. The first recorded ship built on the North River — a brigantine named The Swallow — was constructed here in 1678. Even more notable, perhaps, James Briggs built the 220-ton ship “Columbia” here, the first American ship to circumnavigate the globe. The shipbuilding industry sometimes employed slave labor, including an enslaved man named Jemmy, who worked at this yard.

This shipyard, active from 1701 to 1848, was named for the garrison house, or “block house” that stood at this spot during King Philip’s War. William James was probably the first shipbuilder here (c. 1701), followed by his son, and then members of the Tilden and Torrey families. A plaque marks the shipyard site. There is no public access, except to view if from the water. 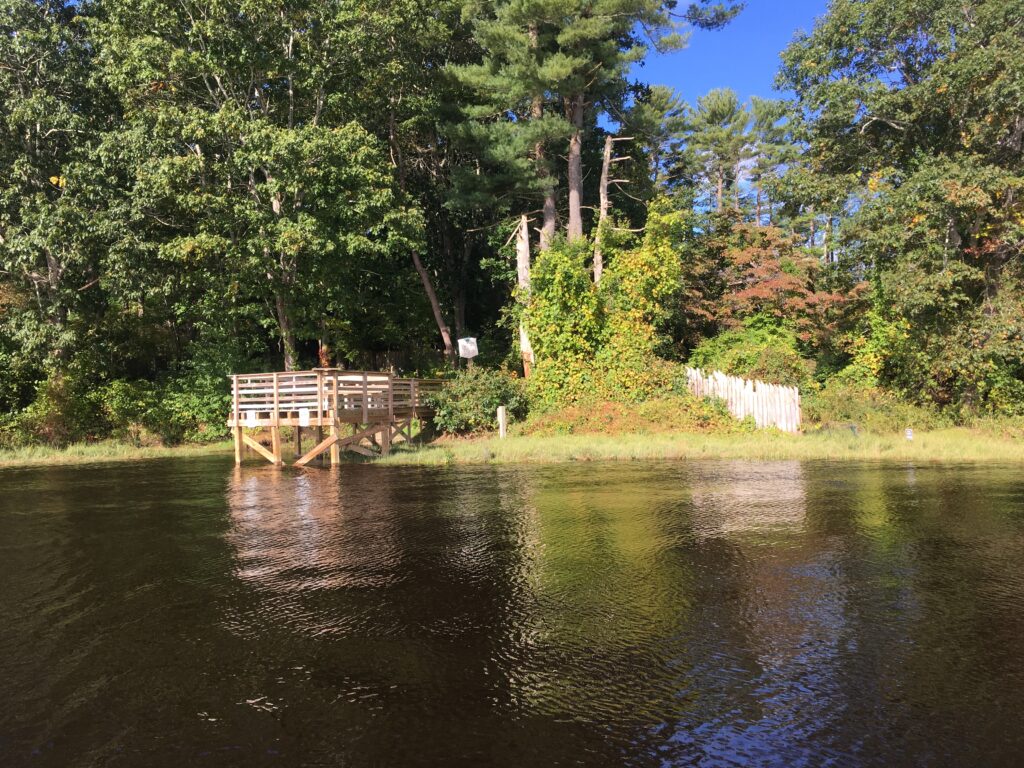 The 90-ton schooner Helen M. Foster, the last ship to be built on the North River, was constructed here at the Chittenden Shipyard, by Joseph Merritt in 1871. The yard got its start in 1690, and produced 71 vessels, some with the aid of free Black men and enslaved laborers. A plaque marks the shipyard site. A Norwell town landing was constructed here in 2018.

There were two shipyards at this site, divided by a stone wall. Like the others mentioned above, it is now private property, but it is marked with a bronze plaque, and visible from the water. Edward Wanton began building ships here as early as 1670. A second shipyard was developed around 1795, and was used largely by the Foster family. In 1815, the Fosters built the a once-renowned ship known as The Globe, which became famous after a bloody mutiny in the South Pacific in 1824.

At the edge of the North River, within the Nelson Memorial Forest property in Marshfield, are the remains of what we presume to be a packet ship landing. At most tides, parts of this early wharf, built of logs and stones, is visible at the water line. Packet ship lines were established prior to 1670, and thrived until railroads came to the South Shore in the mid-to-late 1800s. Farmers would meet the packet ship and barter their home-grown vegetables and dairy products for goods from China and the Mediterranean, such as coffee, sugar and spices. In addition to home-grown goods, packet pilots also bought wood, fish, pot iron, and charcoal from locals, and sold them lumber and ship supplies. One of the few sandy beaches on the North River, this is a great opportunity to observe how river erosion affects the landscape. Especially when viewed from the water, you’ll observe how the riverbank becomes undercut, and how trees that were once on solid footing seem like they are about to fall over.

This boomerang-shaped island is only accessible by water. But on the River Tour, we’ll motor right by! Check it out and decide if you’d like to make a reservation with Marshfield Conservation for an overnight campout. Little Blueberry Island, considerably smaller, is located just a little bit farther upstream. In earlier days, Blueberry Island was sometimes used as a pasture area for cattle. 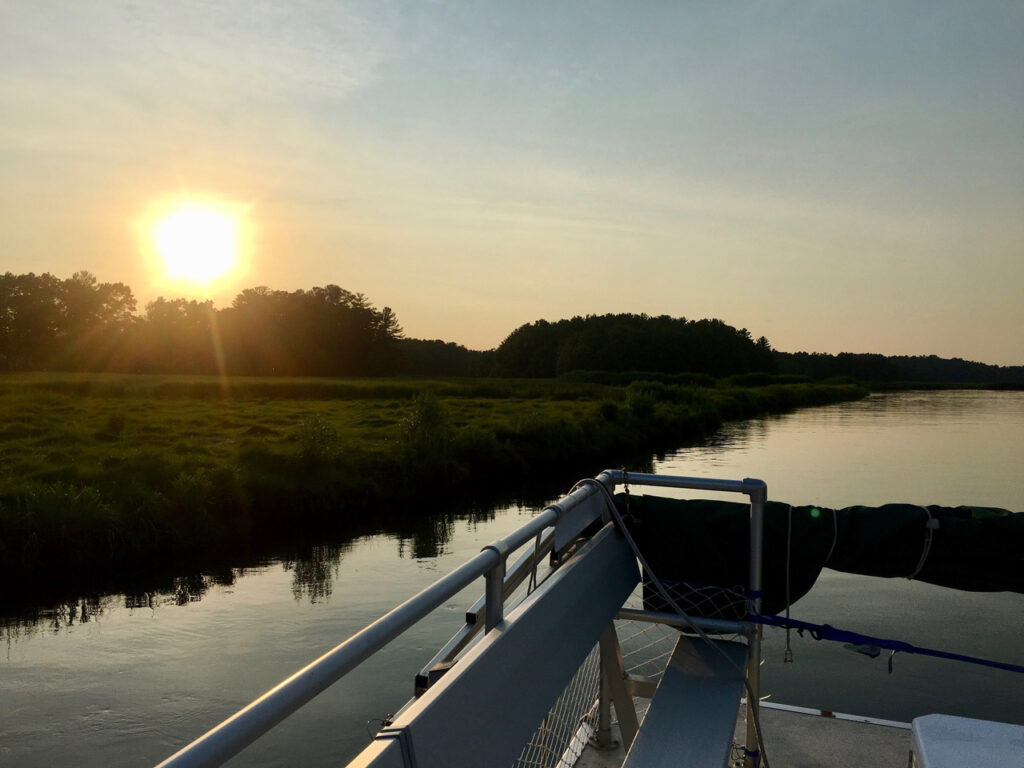 There is archaeological evidence of a pre-historic Native American encampment at this spot. In later years, the Stetson Shipyard stood at this site. While it is now long gone, the Bald Hills are home to a much more prominent landmark — the Route 3 highway bridge. Some River Tours transport passengers under the bridge before turning around and heading back downstream. It’s a sight to behold!

To book your river cruise, please visit our website.

Kezia Bacon’s articles appear courtesy of the North and South Rivers Watershed Association, a local non-profit organization devoted to protecting our waters. For membership information and a copy of their latest newsletter, contact NSRWA at (781) 659-8168 or visit www.nsrwa.org. You will also find 25+ years of Kezia’s Nature columns there. Click here for more information about the 2022 Explore South Shore Challenge.

This article is Powered by Planet Subaru.